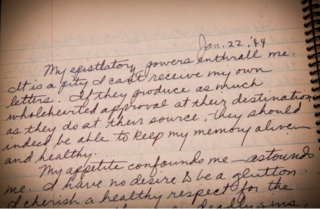 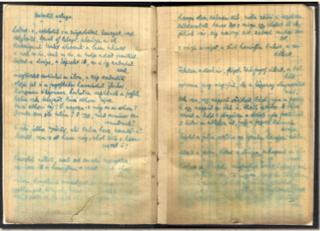 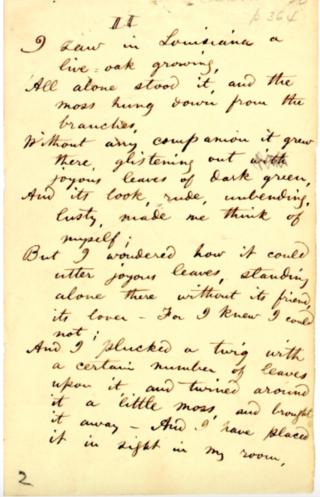 "Poems for when everyone is Irish for one day"

On St. Patrick's Day we learn about and honor Irish culture and traditions: Poetic voices from Ireland

Consider these lines from  "The Lake Isle of Innisfree" by William Butler Yeats:

And I shall have some peace there, for peace comes dropping slow,
Dropping from the veils of the morning to where the cricket sings;
There midnight's all a glimmer, and noon a purple glow,
And evening full of the linnet's wings.

We are transported to another place, another time.

Can you write a poem about a place where "peace comes dropping slow"?

In what places, landscapes, retreats or destinations can you "have some peace there"?

What are your evenings "full of"? What sounds or visions?

"A Litany for Survival"

During Black History Month we remember and honor the works of African American artists.

Audre Lord wrote powerful and intensely compassionate poems about social justice for African Americans, LGBT persons and women, such as her stunning poem "A Litany for Survival":

For those of us
who were imprinted with fear
like a faint line in the center of our foreheads
learning to be afraid with our mother's milk
for by this weapon
this illusion of some safety to be found
the heavy-footed hoped to silence us
For all of us
this instant and this triumph
We were never meant to survive.


Lorde closes her poem with these heartbreaking words:

So it is better to speak
remembering
we were never meant to survive.

Lorde insists on the social significance of "speaking": of storytelling and sharing histories.  Lorde's poem is an invitation to each of us to "give testimony," to document, record and tell what we have witnessed, what our friends and family members have witnessed and experienced.

What our friends and family members have survived.

Can you write your own "Litany of Survival"?

What hardships, deprivations and social injustices have your and your family members suffered?

How can you document, record and tell others about these tragedies and experiences of pain and suffering?

What is our collective obligation to remember historical events, and how can we accomplish this?

"Freedom is never voluntarily given by the oppressor

We can never read his Letter from Birmingham Jail too many times:

We know through painful experience that freedom is never voluntarily given by the oppressor; it must be demanded by the oppressed.

What meaning do the themes presented in Letter from Birmingham Jail, written in August 1963, have for you on January 20, 2020?

Which chapters and scenes in A Wounded Deer Leaps Highest present experiences of legalized oppression and social injustice?

What do you think about how these experiences are presented in the narrative of the story?

Are they expressed with authenticity and historical accuracy?

In his Letter from Birmingham Jail, Dr. King also asserted:

To put it in the terms of St. Thomas Aquinas, an unjust law is a human law that is not rooted in eternal and natural law. Any law that uplifts human personality is just. Any law that degrades human personality is unjust. All segregation statutes are unjust because segregation distorts the soul and damages the personality. It gives the segregator a false sense of superiority and the segregated a false sense of inferiority. To use the words of Martin Buber, the great Jewish philosopher, segregation substitutes an "I - it" relationship for the "I - thou" relationship and ends up relegating persons to the status of things. So segregation is not only politically, economically, and sociologically unsound, but it is morally wrong and sinful. Paul Tillich has said that sin is separation. Isn't segregation an existential expression of man's tragic separation, an expression of his awful estrangement, his terrible sinfulness?

What relevance does this passage have for our current social and political realities?

'The World Is Too Much With Us'

The world is too much with us; late and soon,
Getting and spending, we lay waste our powers;—
Little we see in Nature that is ours;
We have given our hearts away, a sordid boon!

These lines from the sonnet by William Wordsworth, written in the early 1800s, are startling in their relevance to our social and global experiences during year 2019.

What meaning do these lines from William Wordsworth have for you on this last day of the year?

One chapter in A Wounded Deer Leaps Highest is devoted to a New Year's Eve party.

What  are your reflections on this New Year's Eve party, and the many foods described in the chapter?

What traditions do you have for celebrating the New Year?

How do your celebrations include religious or cultural traditions?

"'The only answer for deep tragedy is art,'" [Tofteland] said. "'Prisoners are traumatized every day by living in these oftentimes uncivil places.'"

Buckley further reports: "Tofteland founded Shakespeare Behind Bars in 1995 and has worked in male, female and youth prisons. He believes the themes in Shakespeare's work are timeless and relatable."

What themes from the works of Shakespeare are relevant to the conflicts we must face in contemporary society?

What themes from Shakepeare are relevant to personal challenges in your life?

"The darkness crumbles away."

"The darkness crumbles away" is the opening line of "Break of Day in the Trenches" by Isaac Rosenberg.

"Break of Day in the Trenches"

Rosenberg died at age 28 when he was killed in action in World War I.

How has our experience of war changed over the last 100 years?

How has our experience remained unchanged?

What has been your personal experience with war?

How have your family members, friends and work colleagues been involved in war and other military conflicts or occupations?

How has your life and their lives been irreparably changed by the experience of combat and military service?

All Hallows' Eve is our holiday of disguise, of wearing masks and hiding our identities.

Which characters in A Wounded Deer Leaps Highest disguise their identities, and pass as a person of a different race, faith or gender?

Why do you think these characters do this?

Which characters in the book hide their identities and how do they do this?

"Every 40 seconds, someone loses their life to suicide"

The theme of suicide appears in A Wounded Deer Leaps Highest: what is your response to these scenes?

What has been your personal experience with suicide in your family, friendships, workplace or your own life?

Poems of Anxiety and Uncertainty: Confronting and coping with uncharted terrains through poetry

How can these poems help us understand mental illess?

"the darkness of ignorance"

In a fine essay by Austin Allen on the poem "Mending Wall" by Robert Frost, Allen observes: "'He moves in darkness' implies the darkness of ignorance, and the passage as a whole casts the neighbor as stubborn, incurious, trite in speech, and crude in manner."

As you read A Wounded Deer Leaps Highest, which characters "[imply] the darkness of ignorance"?

Austin Allen further explores concepts of tolerance and curiosity in the poem:  "... the speaker nurses a healthy suspicion of barriers that serve no clear purpose; he is open to communication and new ideas, wary of anything that arbitrarily divides people ... By contrast, the neighbor is a creature ruled by habit and cliché."

In A Wounded Deer Leaps Highest, which characters appear to to be "[creatures] ruled by habit" and unwilling to give up their personal habits and social traditions?

Which characters appear "open to communication" and willing to consider "new ideas"?

What "new ideas" are presented in A Wounded Deer Leaps Highest?

Essay by Austin Allen on "Mending Wall" by Robert Frost

What does the title of the book mean to you?

The title of this novel is the first line of a poem by Emily Dickinson.

What does the title mean to you?

How does the title suggest the themes of the story?